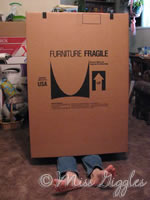 January 9, 2008, was a long night. My mom and I were driving all of my belongings from Utah to Arizona, via California because I missed a turn off, in an effort to arrive in time for me to attend a training meeting on the 10th that I was told would not be offered again and was mandatory. Turns out the mandatory part was right but they offered it two weeks later as well so I really didn’t have to get a substitute for my last day at work and drive all night, but that’s a different issue. 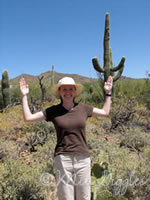 January 9, 2014, was also a long night. At 4am little Iddo decided she would only sleep if being held in a semi-reclined position and bounced. And that still didn’t keep her from throwing up on the bed we were reclining and bouncing on.

But I’m not going to complain (grumble a little bit, but not complain). Six years ago I had a Uhaul full of things, an empty apartment, and a five year plan to get a PhD.

I got the PhD. Even better, I have a wonderful husband and a beautiful daughter. And in the last year I finally managed to unpack the last of my boxes.

My next five year plan involves teaching Iddo as much as I can, getting at least a first draft of a book written, and finish hand quilting the two king-sized quilts I’ve started. I’ll probably throw in at least one marathon as well, depending on how the rest of our medical goals go.

Here’s to a good night’s sleep on the 10th, complete with more blessings than I imagined when I arrived in Arizona six years ago.