The Love of a Mother

All mothers love their children. Yes, all. Some of them aren’t very good at showing it. Some of them don’t know how to show it properly or safely. But all mothers love their children. In early 2012, before I was pregnant with Iddo, so before most would even consider me a mother, another mom, doing her best to love and defend her children, told me that I would not be a good mom because I was not doing for her daughter what she thought I should. This woman loved her daughter, as she should, but didn’t know how to express that love in a way that didn’t hurt others. I keep in my inbox an email from a friend who knew the situation where she told me “You are a great mother” and then listed several reasons why she would say that.

Note the tense in that email. It was not a statement of future status. It was present tense. I had no children. Yet she told me “You are a great mother.”

I’ve been thinking about the “tense” of motherhood with Mother’s Day this past weekend as I’ve seen this quote several times.

No love in mortality comes closer to approximating the pure love of Jesus Christ than the selfless love a devoted mother has for her child.
– Elder Jeffrey R. Holland, “Behold Thy Mother“, General Conference, October 2015

The love of a mother does not require the physical presence of a child to be selfless and devoted. I loved our children long before they came to our home. And I will love them for eternity no matter where they go from here. 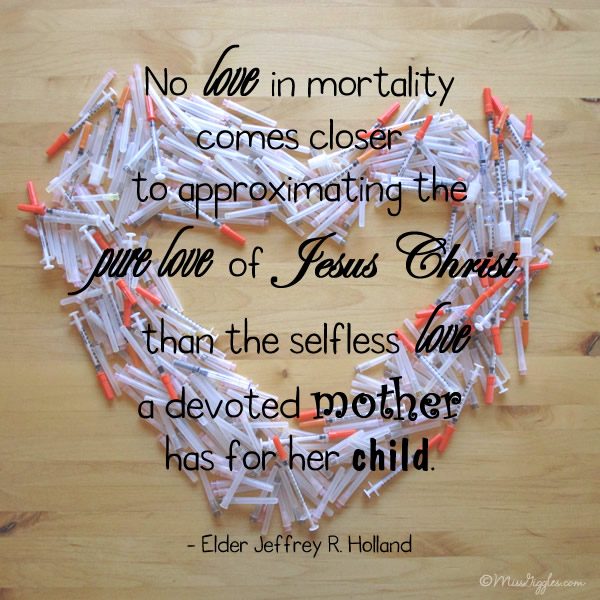 2 shared thoughts about The Love of a Mother